Our daughters – and the daughters of the world – need our help again. If you read “Help Our Daughters Have Healthy Body Images” (and saw the unbelievable Photoshop videos), you know the importance of the petitions some inspirational teenage girls have put together.

After the successful campaign to get Seventeen Magazine to pledge to stop altering their models and show more diversity on their pages, a new campaign asked Teen Vogue to make the same commitment. Unfortunately, that campaign wasn’t so successful. Carina Cruz, Emma Stydahar, and Britney Franco are starting a new petition because

We got over 45,000 signatures, were featured on CNN, CBS, and in The New York Times, and we even got a meeting with Teen Vogue Editor-In-Chief Amy Astley. But at that meeting, she told us that we, teen girls, didn’t know what we were talking about when it comes to her magazine for teen girls. She told us to “go do your homework.”

Since they have done their homework and found that many girls are unhappy with the altered images in Teen Vogue, Carina, Emma, and Britney have this new petition:

We’re asking Clean & Clear, Neutrogena, and Tampax to commit to not advertising with Teen Vogue until the magazine makes a commitment show real, unaltered girls of all races, shapes, and sizes.

I’ve signed the petition, and I hope you will sign it, too: “Neutrogena, Tampax, and Clean & Clear: Stand With Teen Girls!”

More Examples of Why This is Important

International Business Times has a post called “Supermodels Without Photoshop: Absolutely Gorgeous Or Just Plain Average? [PHOTOS]”. It tells about the casting photos for Louis Vuitton’s Fall 2012 runway show that were released. “The casting shots showed supermodels like Rosie Huntington-Whiteley, Bar Refaeli, Adriana Lima, Alessandra Ambrosio and more without any makeup on and completely un-Photoshopped.” Check out this post of “30 Shocking Photos of Supermodels Without Makeup.”

“Even the models we see in magazines wish they could look like their own images.” Cheri K. Erdman 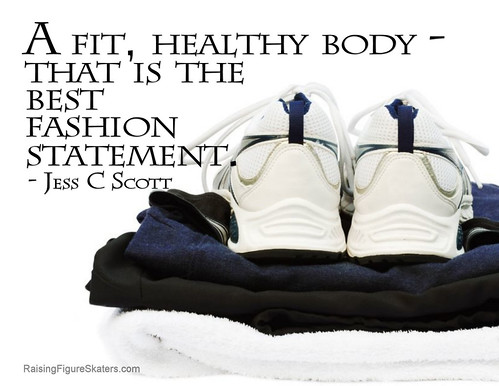 Let’s all support the “best fashion statement.” Let’s help our daughters – and the daughters of the world – strive for healthy body images. They shouldn’t feel the need to look like supermodels in magazines who don’t even look like themselves.

I have lots of quotes and word-art inspiration at the Raising Figure Skaters Facebook page and on Pinterest!